All paintings and products 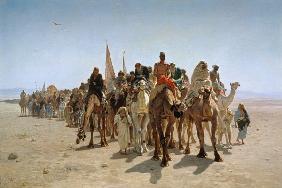 Ready-to-print
0,00 (1 Evalutation)
12.06.2011
N. F. wrote the following review:
I payed in Germany for the sending of the print all incl. to Canada.By the time UPS came to my door there was a bill of 48,63 $ more to pay.That is nearly 50 % of the total what I payed forincl. sending. After a call with Mr.Erhard in Germany who said I have to pay that I refuse to take the print. I payed, waited was not told of the extra cost and be very disapointed.Also I can't understand why I've been charged the cost of sending in advance ?For that cost i could have it send direct to me in Canada without any tax or extra cost !I still like to have that picture but only for the terms I agree and payed in first place.Nice weekendNorbert
100 x 67 cm
Canvas print with varnish (410g | 100% cotton)
TO THE TOP